BOARD OF DIRECTORS & OFFICERS 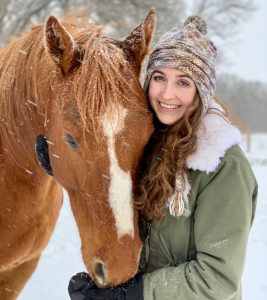 for the Kentucky Equine Education Project (KEEP). Annise grew up near Fargo, North Dakota, and was very active in the 4-H Horse Project as a youth. She fell in love with Thoroughbred racing after seeing the movie Ruffian, and began spending all the time that she possibly could each summer at the North Dakota Horse Park, the racetrack near her family home. She double-majored in Management Communication and International Studies with a minor in Spanish at North Dakota State University, and completed internships with Canterbury Park, the American Quarter Horse Association (AQHA), Minnesota Quarter Horse Racing Association (MQHRA), and The Saratoga Special. After graduating in 2017, she moved to Lexington, Kentucky and completed internships with Fasig-Tipton, Keeneland, and Mill Ridge Farm before being accepted into the Godolphin Flying Start program. She and Madison Scott co-founded Amplify in 2019 during her time on the program. Upon graduating from Flying Start in July 2020, Annise worked as project manager for the Together for Racing International website, before beginning her current role with KEEP. She loves speaking Spanish, and in her free time co-hosts a Spanish horse racing program called La Trifecta. 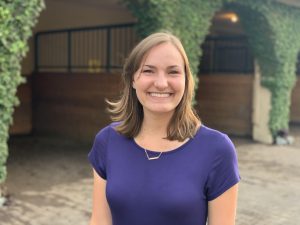 Madison Scott grew up in Austin, Texas and fell in love with racing when Smarty Jones was making his bid for the Triple Crown. A dedicated fan with aspirations to pursue a career in racing, she moved to Lexington in 2012 to attend the University of Kentucky and take advantage of the opportunities in Kentucky. During college, she spent time at Three Chimneys Farm, Shawhan Place and Fasig-Tipton. She graduated from UK in 2016 with degrees in Marketing and Equine Science and Management. Upon completing university Madison was accepted to the Godolphin Flying Start program, a two-year international training and management course for the Thoroughbred industry. She joined Solis/Litt Bloodstock upon graduation in July 2018 and lives in Lexington, Kentucky. 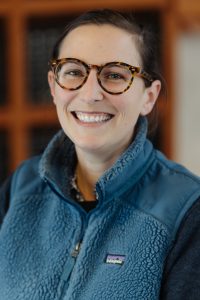 A Bluegrass girl, born and raised, Hallie grew up in Frankfort, Kentucky, where she  developed a passion for horses at an early age. While pursuing a degree in Equine Science  and Management at the University of Kentucky, she cultivated her love of the  Thoroughbred industry. Throughout her time in the Equine Program at UK, Hallie worked  for several Thoroughbred breeding farms, where she discovered her passion for sharing  our industry and sport with newcomers. Immediately following UK, Hallie went to work  as a Brand Ambassador for The Jockey Club on a fan initiative called America’s Best  Racing, where she was fortunate to travel to all the major US racing jurisdictions and promote the sport. Following a year as a Brand Ambassador, Hallie traveled overseas for  two years as a student in the Irish National Stud Breeding Course and then as a Godolphin Flying Start trainee. After completing Flying Start in 2016, Hallie worked for Godolphin’s  marketing department on the Thoroughbred Industry Employee Awards before spending a  winter working for trainer Graham Motion. In 2017, she was hired by WinStar Farm as  their client relations liaison. In 2018, Hallie came full circle back to Godolphin where she  works for the marketing team, focused on client marketing as well as assisting with other  important initiatives. 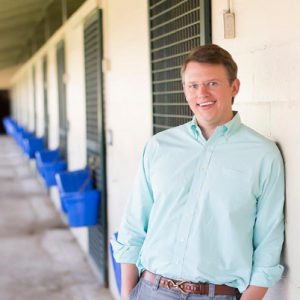 Price Bell Jr. is the General Manager of Mill Ridge Farm. At the age of twelve, Price had the privilege to begin working at Mill Ridge under the tutelage of the team responsible for raising generations of great Thoroughbreds. Graduating from Vanderbilt University with a degree in economics, Price enjoyed a successful career in commercial real estate management and development; the lessons and tactics of which he employs daily. Upon completing his MBA from Vanderbilt’s Owen School in 2010, Price returned to Lexington and his life’s passion, the Thoroughbred industry. His devotion for assisting clients manifested itself walking with Aurelia’s Belle and the Miller family into the paddock of the 2014 Kentucky Oaks. With conviction for the sport and believing in the great opportunity to develop the industry’s fan base, Price became actively involved with the founding of Horse Country. Additionally, he is privileged to serve on the boards of the KTA-KTOB, TOBA, National Museum of Racing, Fayette Alliance, and the North Limestone Community Development Corporation. Price is passionate about introducing people to the horse and celebrating the amazing animal that is the Thoroughbred. 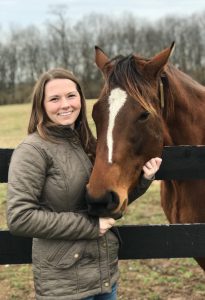 Laurel Humbert-Stock is the Senior Racing Accountant at Keeneland Association, specializing in live meet and handle analysis. She oversees many facets of racing accounting including track settlements, money room operations, Horsemen’s Bookkeeper, departmental analysis, and budgeting. Laurel grew up in Henderson, Kentucky where she spent many summers along the rail at Ellis Park before working in the Racing Office. Laurel double-majored in Equine Business and Finance at the University of Louisville before receiving an MSc in Accounting and Finance at the London School of Economics. She began her career working in Finance at the BloodHorse. Laurel and her family own a broodmare and racehorse in partnership. Passionate about horse racing education and how to engage young fans, Laurel looks forward to assisting the Amplify board in promoting education and careers in the industry. 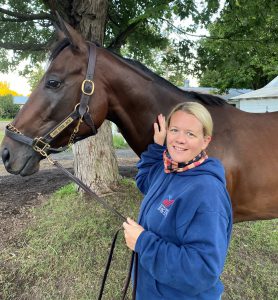 Cate Masterson was appointed as Director of the National Museum of Racing and Hall of Fame in April of 2019. Formerly the Museum’s director of development, since 2016. In her previous role at the Museum, Masterson led development and sponsorship initiatives and held a key role in special events and racing industry outreach. Prior to joining the Museum in March 2016, Masterson worked for Kiaran McLaughlin Racing Stable for eight years, serving as a liaison to horse owners, coordinating employee benefits and programs, managing relationships with racetracks, vendors and legal counsel, supervising stable logistics and handling website and accounting duties, among various other responsibilities. Prior to working for the McLaughlin Racing Stable, Masterson spent eight years as manager of promotions and special events for Ed Lewi Associates, Inc., a Clifton Park, N.Y.-based public relations firm where she was involved in all aspects of client marketing, event promotions and sponsorship development. Masterson developed marketing strategies, promotional budgets and plans, as well as the execution of promotions at for the New York Racing Association at both Saratoga Race Course and Belmont Park.